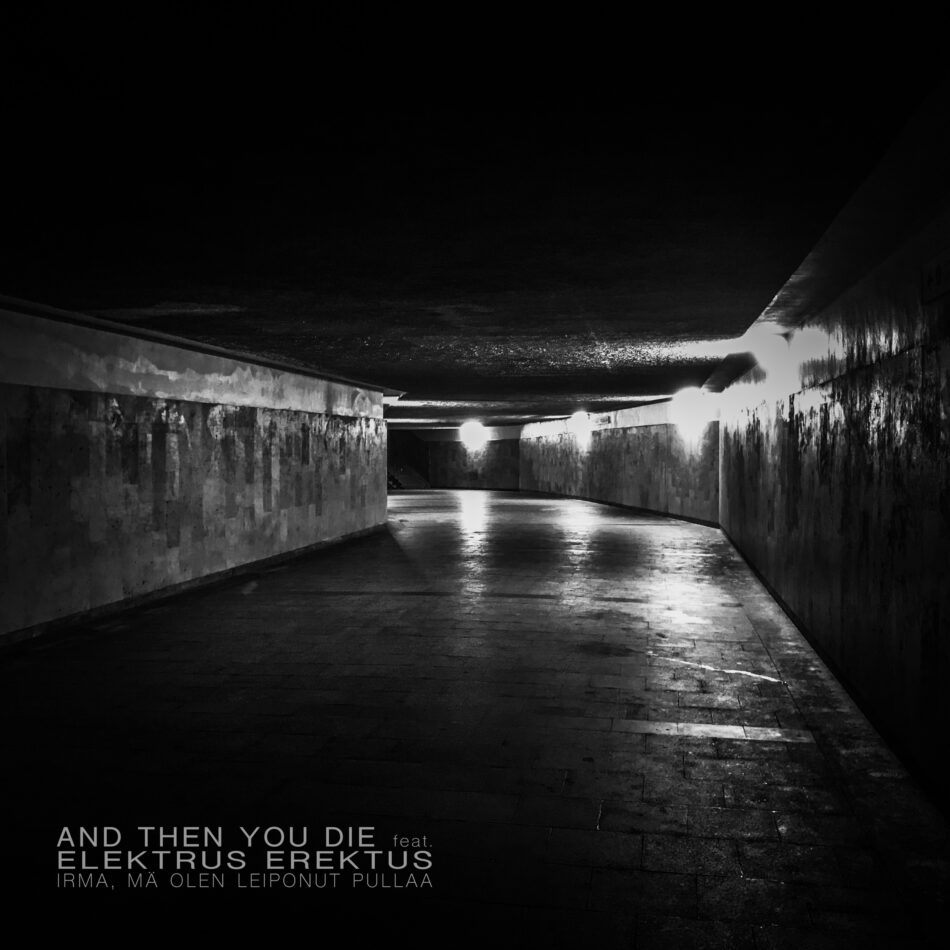 Finnish industrial pioneer AND THEN YOU DIE has been jettisoning their pitch-black soundscape since 1990. Skithund Records celebrates the curious collective’s 30-year lurch with a series of digital singles, featuring an unruly mob of questionable guests.

The first one out of the gate is an eggnog-and-chestnut-scented Christmas carol – IRMA, MÄ OLEN LEIPONUT PULLAA – featuring notorious electro-artist ELEKTRUS EREKTUS. The infamous performance artist, also known as Elvis of Turenki, is actually a middle-aged family father, out of whom a pig headed, suburban disco lizard royalty hatches in the darkest hours of the night. IRMA, MÄ OLEN LEIPONUT PULLAA relays a cheerless tale about the murkier side of Finnish Christmas holidays.

The Christmas single is available via iTunes and other net stores plus of corpse on streaming services worldwide. Distributed by Playground Music Finland. Also, check out the mind-bending video by clicking the preview below and why not subscribe to our YouTube Channel.