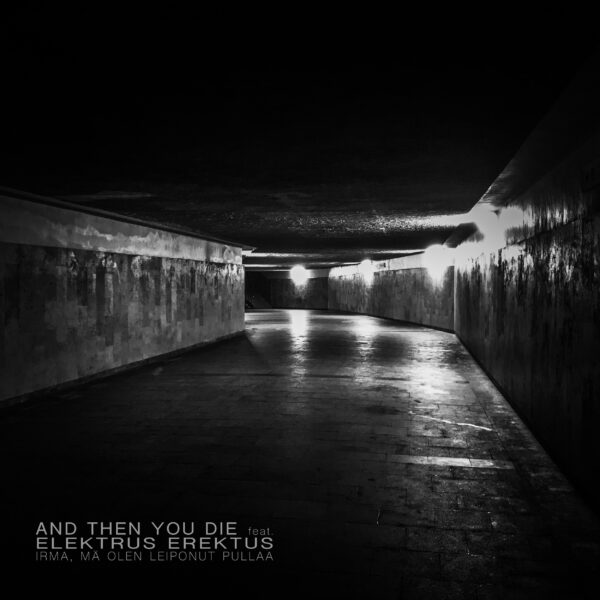 AND THEN YOU DIE featuring ELEKTRUS EREKTUS: IRMA, MÄ OLEN LEIPONUT PULLAA – As AND THEN YOU DIE is going 30 in 2020, a series of singles will be released during this and next year featuring collaborations with other artists. This is the first in series, a collaboration between And Then You Die and Elektrus Erektus. The track goes by the piggish title: Irma, mä olen leiponut pullaa. A suburban drama soundtrack.

AND THEN YOU DIE featuring ELEKTRUS EREKTUS: IRMA, MÄ OLEN LEIPONUT PULLAA, SHR055, will be available for streaming and download world wide on December 15th 2019. Check back later for more info. Meanwhile, you may pre-listen the track on YouTube by clicking the sleeve picture. And while you’re at it, why not subscribe to our YouTube Channel?