It is our favourite time of the year, the time when the world turns into a b/w photo. As we are about to enter this dark and foreboding period, we will have some new goodies for the road. Planned releases for Fall 2013 are: 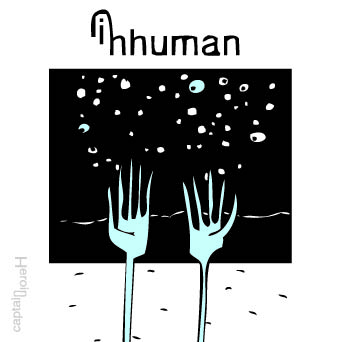 Captain Heroin – Drama Originally released in 2006 by Onyxia, now re-released digitally by Skithund Records 2013. Should be available across all download stores during September. Catalogue number SHR037.

And Then You Die – ‘yet untitled’  Digital album coming during October/November. Catalogue number SHR038 has been reserved for the project, but that is all we know.

Captain Heroin – Inhuman The upcoming release has the catalogue number SHR039. Evolutionary electronics available for your listening pleasure during October/November.

And not to forget all you BRIAN’S PIPE fans! A new splendid package is on its way to your record player. We will post more information about the releases as soon as we know more. We just wanted to share the little bit of information we have. As the projects move on, updates will be posted on these pages. Remember to regularly check our pages so you won’t miss anything. Alongside And Then You Die – Abuse Park and Captain Heroin – Drama, Skithund Records will continue with the Onyxia re-release series. Next re-releases will be the No Xivic albums. More about this soon.

More apparel and t-shirts will soon be available on these pages, as soon as the shop opens. That ought to happen during November 2013.